“Was it because you went all the way and didn't use protection?” I asked.

“I never went all the way. Not even once. I got infected via oral play of some kind and that's why I'm now turned off from working in that fashion.”

Making a complete recovery from her STD scare, G-ko moved on to the busy neighborhood of Gotanda in the Shinagawa ward of Tokyo to work at a Men's Spa. There, she works under the stage name of Mikuru Oikawa (Translator's note: she may not be employed there any longer as her page remains, but it's not linked anywhere).

Those not familiar with Japanese brothels—also known locally as fuuzoku--may have a general idea of what Men's Spas offer. According to G-ko, they offer a lot of services (including testicle and taint massages, prostate massages and all nude massages for both customer and masseuse according to their website!).

“I put forth effort into learning how to tease via words and tried my hand at it while at work.”

She really gives it her all: on top of studying how to talk naughty, she actually spends the time to peruse massage school training textbooks.

“I wasn't the only one. Everyone on staff actually knew quite a bit about giving good almost professional-level massages. Even not factoring ejaculations, our customers felt and were treated great and that's something we are all proud of.”

G-ko finally found herself feeling financially secure after 8 months of employment at the Men's Spa.

With this in mind, I asked, “did you find yourself thinking of quitting?”

“No, I like giving massages. The pleasure is the instant gratification that both the customer and I receive during a great treatment session. I may even open up my own establishment in the distant future.”

In spite of being sufficient with money, she has not modified her lifestyle. Brand name clothing items are absent and those nefarious Japanese host clubs hold no interest for her. Just like before, her free time consists of going to Visual Kei live shows.

“I don't do things that aren't necessary.”

Did she feel any connections to her younger self? Was there ever someone special for her out there?

“I'm not much of a lovebird. Times like Christmas don't make me feel like I should spend it with a significant other and marriage is totally off the table right now. However, I would like a family in the future though I feel like I may end up becoming a single mother so it's important for me now to save all of my money.”

“My first time was not so great, but I love having sex now. I think all my extracurricular activities have changed me for the better.” 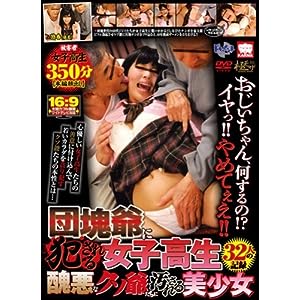