During the shooting of these types of scenes, friendly banter remains a fixture. Whereas the person in charge of lighting is called Shoumei-san and the sound man is Onsei-san (Light-san and Sound-san respectively), the AD in charge of liquid explosions was jokingly referred to as Pump-san.

No matter how skilled Pump-san may be, his recreation of biology could never truly mimic the real thing. This along with AV stars simply advancing in what they can and cannot do brought about the demise of this type of studio trick. In particular, 2002 saw KM Produce and their AV star roster venture into bona-fied shiofuki with their famous '4 Hours of Cumming' series. Here, famous AV actors with formidable legerdemain tease AV stars for a full four hours nonstop with ample focus on wet explosions. Fans in great numbers flocked to this series and new editions are released even today.

One actor in particular became the de facto finger technician of Japanese AV: Goldfinger aka Taka Katou. He's known for coupling with AV stars whom have never had an explosive orgasm and showing them the ropes via an immoral baptism. They then can freely call themselves shiofuki actresses. His introduction and the further broadening of Japanese AV stars who can squirt brought about a new era of adult video where lewd and outlandishly salacious acts became more commonplace.

From then on, most production companies did not shy away from offering shiofuki movies. Now, without a doubt, we are living in the golden age of female explosive orgasms. However, something else even more lascivious came out of left field that shocked the decency of the industry just as much...if not more. 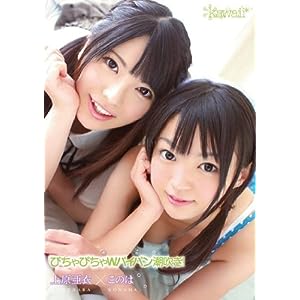 (Translator's note: Japanese AV keeps evolving with actresses doing more and more outlandish things. Once upon a time even showing pubic hair was forbidden and now there are actresses known for being totally bare down there. There even are a few rogue companies who have produced image videos recently with shaved models without any censorship. The reasoning is since the 'lips' are closed, genitalia is not shown. Although the adult industry in Japan is somewhat self-regulated, those companies are playing with fire.)