Within a studio a group of around ten men line up and one after one and continually squirt their semen all over the body of a Japanese AV star.

The studios these bukkake productions take place in are a noisome battleground where the funk of male juices is amplified due to heavy lighting needed for filming. It's not the most enjoyable place to be in for hours on end, but it's a fact of life when dealing with cast members of anonymous juice men numbering anywhere from 10 into the hundreds. Not everything about this environment is bad: with such a large cast, it's very easy for those in charge of taking pictures to freely moving around. All one has to do as a cameraman is to dress like the juice men in underpants and nothing else. Blending in becomes easy and accidentally being included in the actual production wouldn't warrant editing out any valuable material. 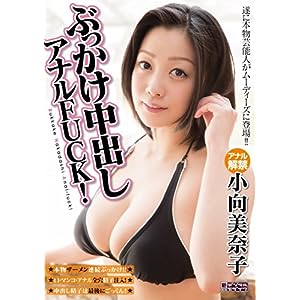 (Translator's note: Japanese AV may always have been considered 'weird' by foreign viewers, but it actually was quite tame. A lot of the strange productions did not start showing up until the late 1990's. Before then, the focus was more on hardcore which was a trial to watch given the absolutely enormous mosaic used. Nowadays, censorship may still exist, but the level of mosaic used is much less and very form-fitting.)