The true story of an ambitious Japanese woman from the boonies of Kyushu who becomes a private investigator before switching gears to work at a soapland.

We return to the true story of C-ko: a Japanese women from Kyushu now living in Tokyo who had her first sexual experience with her cram school math teacher. At the time sex was something she was ho-hum about but since then, she's been in countless physical relationships via her life's calling as a professional private investigator that specializes in destroying relationships. She attended performing arts school to further enhance her skills as a seductress of the highest order...

...and for some reason, change came upon her once again and she decided to pause her career as a sleuth to become a Japanese soapland queen.

From the perspective of normal folk like you and I, it makes more sense for someone interesting in charting her way through Japan's adult industry to start light with pink salons and delivery and fashion health establishments before moving on to soaplands where full-fledged intercourse happens (Translator's note: by accident of course. Actual paid intercourse is not legal in Japan outside of performing arts--AV, but occasionally a condom-covered erection finds solace in the dampest of areas during a heated bout of sumata that soaplands are known for.)

However, her decision to work at a soapland was not decided on a whim. It was part of her grand stratagem of success. “I wanted to see how I can haggle with customers who want to go all the way. This was about improving my bargaining skills and that's what being a soapland queen is all about.”

Then again, C-ko's reasonings could also be met to some extent while working as a kyabakura hostess or even at a girls bar. Soaplands themselves have an immense variety from ones that the general public can easily enter to supernal high end ones where entrance requires knowing the right people.

“When I think about soaplands, I think about Yoshiwara so that's where I found work. It also was real close to where I lived at the time.”

Perhaps this proximity to her residence made it feel more like just a part-time job at a convenience store rather than a body-to-body rubbing entrance to cloud nine. C-ko found work at a soapland of intermediate rank. With her jaw-dropping looks, work could have easily been found at a higher-ranked establishment, but she was satisfied with the one near her apartment.

“This one was easy to find compared to the others and the staff and I get along well so I feel good here.”

C-ko has thick skin. Even the gnarliest geezers would be treated with the utmost care when they were paired.

“I've never thought ill about my customers. Not even once.”

In spite of that, she was no saint either. She is a woman so ranking and categorization came easy to her. Some men in her mind were lookers and others not so much. She did try not to let it cloud her role as a prim and proper Japanese soap queen. Just like being a private investigator, working at a soapland was also something she could consider her vocation.

And speaking of being a private investigator, she never officially quit. C-ko found a unique balance between working as a sleuth and a soapland queen.

“I sometimes grumble about the ills of my sleuth job to my soapland customers.”

C-ko has told some of her regular customers about her other job as a private eye. Some found it amusing and others thought she was joking. All found it interesting.

“Some of my best customers have bought me large home appliances.”

Most women in the Japanese sex industry have an unhealthy passion for receiving gifts in the form of luxury goods of little true value whereas C-ko is more practical with her requests. While talking with her, I note her simple style: accessories and brand name clothing are absent. It's as if she still wears her college attire. In lieu of wasteful luxury expenses, C-ko often sends money back home to her mother in Kyushu. Even saving for her own future is not even something she considers that much. However, it's safe to say she has a bank account that is continually becoming healthier.

C-ko possess the ability to think ahead well beyond her peers. It's hard to imagine she's still in her twenties. She doesn't have any vices and her love life remains a non-issue. However, just like any other women, she has her crushes. When I asked about this, she was quick to reply her current person of interest is Hiroshi Tamaki. Even down to having a pet cat, she's as normal as a Japanese woman can possibly be. The mundaneness of her private life compared to her stunning work as both a private eye and a soapland queen is what makes her so fascinating. 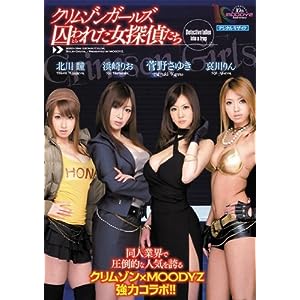 (Translator's note: C-ko's got a great head on her shoulders. The interview did not delve that much into her private life, but from the way she conducts herself at work—at both her unique jobs—she sure knows priorities and thankfully has not fallen into the trap of wasting her fantastic income streams on garbage fashion items. If you ever luck out and gain entrance to a real Japanese soapland, take note of your soap queen. She has her own story and it may be wonderfully interesting.)